Top 10 Most Haunted Places in Texas 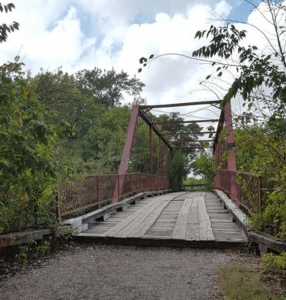 They say everything is bigger in Texas. Though it is the largest state in the lower 48 states, you have a lot of ground to cover. Especially when you’re someone who is looking to check out some of the most haunted places in the Lone Star State. But rather than spend time searching high and low across this grand state, we’ve managed to do the heavy lifting, so you don’t have to. These are the top ten haunted places in Texas. And believe us, once you hear the stories of hauntings, encounters, and gruesome happenings, you’d be tempted to check these out for yourself. Let’s dive right in: 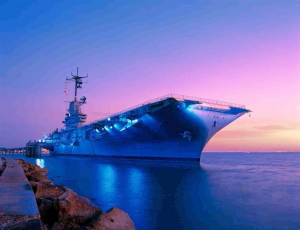 This warship had sailed the waters during the Second World War. Since being decommissioned, it serves as a museum that tells the story of the Lexington and the war itself. However, the only other thing that rivals the count of war stories is the number of ghostly encounters and paranormal activities that take place. The museum receives well over a hundred reports of paranormal activity every year. These include the meeting of shadowy figures, people feeling like a spirit is touching them, and footsteps coming from nearby with no one approaching. Don’t be surprised if you come across a sailor talking about the ship’s turbines before disappearing into thin air. 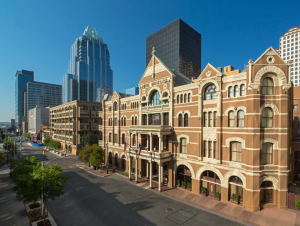 This 130-year-old hotel sits smack dab in the middle of Texas’ capital city of Austin. The hotel’s architecture is awe-inspiring, to say the least. But the paranormal activity is just as expected when you walk into a large luxury hotel. Some of the ghosts that are seen in the halls include a cattleman named Jesse Driskill (the namesake of the hotel). Other spirits that have seemed to overstay their welcome include two young girls. One of them was supposed to get married, only to be stood up later on. Could the ghost of a jilted lover be one of the ones you come across staying at this hotel? If you got the cash, you can probably snag a room here and see for yourself. 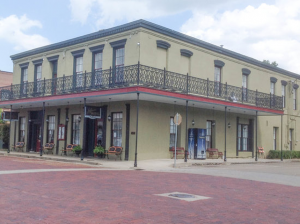 Here’s a fair warning…there are plenty of haunted hotels in Texas. This one is the second of them (and just a heads up, it isn’t the last). This one is located in the small town of Jefferson. This was built in the late 19th century and is known for having all kinds of paranormal activity. If you are a sucker for the paranormal, you can expect noises like whispers, headboards being banged up against the wall, the strong smell of cigar smoke, faucets turning on and off a random times, and children laughing. Want to make it a bit more fun? There are six rooms that are said to be haunted. So pick a room, any room. You might have some paranormal encounters closer than you think. If you are among the crazy brave, book a room here. 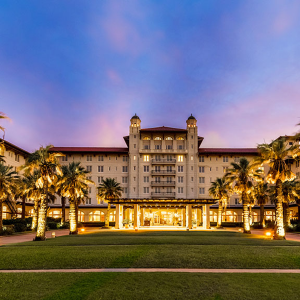 See, we told you there’d be another haunted hotel. This hotel is located in the coastal city of Galveston. If you are a bit of a history buff, you might already know about the brutal hurricane that leveled Galveston in 1900 and killing thousands. This building served as one of the icons of rebuilding and revitalizing the city. But the hotel had seen its share of tragedies since it opened up nearly a century ago. One such story is the ghost of a woman who committed suicide in Room 505 after hearing the news of her fiance’s death at sea. However, in a bizarre turn of events, the man managed to survive the wreck. But he came home to the tragic news that his fiancee had died. The spirit of the woman is said to be haunting the room and possibly the hotel itself. Also, visitors have reported strange smells, sounds of doors slamming, and the sight of orbs floating around. 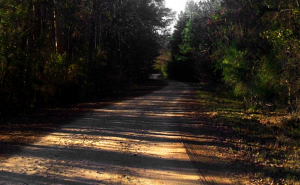 There are plenty of lonely backroads in Texas. And before you ask, there’s a lot of them that are haunted. One such road you might want to check out (if you dare), is Demon’s Road located in the town of Huntsville. Those who have traveled the road have reported seeing random sightings of red lights along with multiple spirits. These spirits included those of a young child, hitchhikers, and random people appearing to follow someone home even for miles (and then disappear). Even some people have reported handprints being left on their vehicles. Let’s not forget the story of a possible demon haunting the roads and a cemetery that is located deep in the woods that just so happens to be close to the road itself. 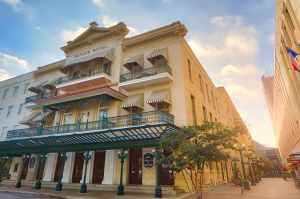 We suppose it’s time to take a look at one more haunted hotel. This one is located in downtown San Antonio. One of its more notable living guests was then-President Bill Clinton. But we have to ask: did he encounter the spirit of one of his fellow presidents? We don’t know. That presidential ghost is none other than Teddy Roosevelt. Roosevelt stayed in this hotel frequently when he was recruiting the Rough Riders during the Spanish-American War. Legend has it that Teddy himself likes to have a late-night drink at the bar. But one such ghost that seems to be wandering the halls belongs to a young girl who was murdered by her husband while working as a maid. Even in the afterlife, the woman named Sallie is still doing her job making sure the rooms are clean and organized for the next guest. 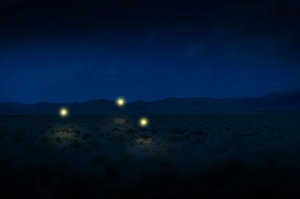 The Marfa Lights is probably one of the most intriguing sights to be seen. Whether you live in Texas or not, it’s quite fascinating to stop and see the bright orange orbs seemingly floating around. While others seem to write them off as passing vehicles, some have told the stories of spirits that belonged to Spaniard conquistadors. Also, some have reported possibly seeing U.F.O.s in the area. The origin of these lights may be a matter of dispute for years and decades to come, this is one of the most talked-about places in Texas where you can catch some pretty strange activity (paranormal or even intergalactic). 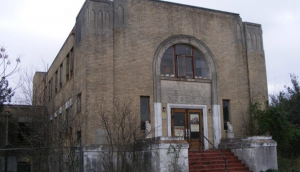 The Yorktown Memorial Hospital served as a rehabilitation facility for those with alcohol and drug problems. Throughout its operation, it is said that more than 2,000 people have died here while receiving treatment. Sure enough, this now abandoned and dilapidated building is a hotbed for plenty of ghostly activity. People who managed to get inside were encountering spirits that may have grabbed them from behind, shoved, and even lightly touched. In a place where many searching for help seemed lost, their spirits seem to be anything but benevolent. If you want to check out a place where some really eerie and possibly evil paranormal might be happening, this is the place. Go at your own risk. 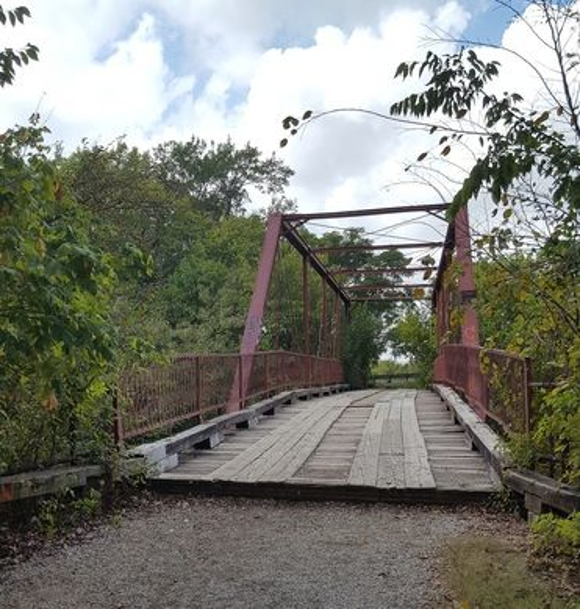 This bridge was originally named the Old Alton Bridge. It was built for the horse carriages and later automotive vehicles. However, the bridge was also the sight of where a black goat farmer was murdered by Klansmen. It is said that his spirit is seen haunting the bridge almost nightly. Legend has it that if you were to cross the bridge at night with no headlights on, you may encounter the spirit of the Goatman himself. Whether he is a benevolent ghost or not is anyone’s guess. But the way he died (albeit violently), you may want to exercise some caution when you are crossing this bridge. Those who have passed through here have reported seeing random bright lights, and feelings of being touched and grabbed by a mysterious person. Even some have reported having rocks thrown at them. 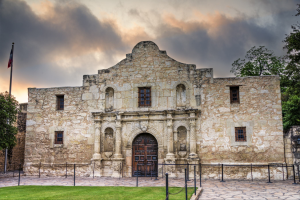 The Alamo is definitely worth remembering. Not just for its pivotal role in the Battle for Texas, but also for its haunted activity. Even after the conflict in 1836, many of the battle’s dead were buried in unmarked mass graves. So it will definitely be expected that ghosts will be haunting the grounds at night. Security guards have often heard mysterious footsteps and even the spirit of a little boy hanging around. Rumor has it, some of these spirits aren’t happy with the fact that their earthly bodies were unceremoniously dumped along with other dead soldiers who fought alongside them.