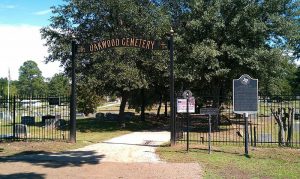 The Oakwood was originally called the city cemetery. It is the oldest of its kind, for public burials and whatnots, in the city of Austin.

This burial ground dates back to the middle of the 1850s – no one knows exactly when because record-keeping in those bygone days wasn’t a priority. Another, even more, startling legend says that the first Europeans to actually inhabit this place were, in fact, the victims of the various Comanche attacks that swept the region during frontier times… why is this startling? Mainly because some archeologists have actually dug up circumstantial evidence that may point to the land once being an ancient Indian burial ground. In other words, the first tenants – victims of Indian outlaws – were laid to rest next to the family of those same brigands.

At the beginning of the 20th century, the cemetery was renamed to Oakwood and an extra 40 acres were annexed to it. Suddenly there were sections dedicated to the disenfranchised of that era. Sections meant for Latinos, Jews, and Blacks. There was even a section devoted, on the south side, to paupers.

Over the years the cemetery evolved. It added a mortuary chapel, designed by Charles Henry Page. And this very chapel, one of the highlights of the spot was later remodeled – in 1944 – by local architect J. Roy White.

What really makes this cemetery stand out above its local cousins is the who’s who of historical celebs buried in the plots. Strolling down the aisles of a gravestone gifts the adept historian and Austin chronological enthusiast a window into some of the region’s most intriguing patriotic pitstops. But, why I’m highlighting this? mainly because some of the ghosts that haunt the place are in fact these very personages.

Here’s a list of the big ones and why they matter. We’ll explore their spectral walkabout later on.

And then you have a flood of senators, governors and even a postmaster… each and everyone resting in that spot.  Mind you, this place as crawled its way into the annals of history not because of its noteworthy and legendary residents but on account that its long-dead inhabitants refuse to take their fatal circumstances seriously. Over the years, visitors have been flabbergasted by the insane amount of supernatural activity that seems to plague this rather innocuous site. The grounds transforming, once the sun dips over the horizon, into a paranormal freak-fest… Ghost Burning Man.

The Hauntings Of Oakwood.

More than 23 thousand people are laid to rest in Oakwood and not all of them took the hint and went on their merry way. 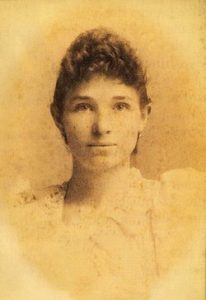 One of the most pernicious ghosts to haunt the grounds is that of Eula Phillips. Eula was a 17-year-old- woman who was murdered with an ax on Christmas Eve in 1885. Her husband was accused and then found guilty of the crime… Only to be exonerated when other victims matching Eula’s profile started appearing in the Austin area. Eula crime was one of the earliest examples of a serial killer. Her death – followed by the subsequent murders of 8 more victims – preceded the Jack the Ripper murders in Whitechapel. Some even believe that saucy Jack was, in fact, this Texan madman that later emigrated to London.

Eula’s killer was never caught, and the devil known by the press as Servant Girl Annihilator continued plaguing the Texan subconscious for years.

Psychics have sensed Eula’s ghost at night. The frightened child roaming the cemetery wailing and bemoaning her lot.

“She’s just confused and doesn’t really understand that she’s dead. Her death was too fast and violent and she never managed to come to terms with it.”

Another ghost said to haunt the landscape is that of Thomas Green.

Green was a Confederate General and one of that powers most prized military minds. In 1864, the man and most of his troops were killed while charging a Federal gunboat during the bloody battles taking place during the Red River Campaigns.

Thomas Green has been spotted countless times, his ghost decked out in full military regalia wandering among the headstone. One of the most intriguing factors surrounding Green’s specter is the fact that there are various recordings online of what folks claim are phantom hoofbeats… many people believe that Thomas is stuck in a loop repeating his death over and over again; the man charging against a gunboat.

Most of what we know about what took place at the Alamo was thanks to Susanna’s observation. Susanna, whose husband was slaughtered in that siege, was part of a colonial party that came from Tennessee to try out their luck in Texas.

When Santa Anna attacked the Alamo, Susanna and her kin were among the civilians brought into the garrison for their own protection. She prayed with Davy Crocket as the Mexican’s made their final assault. She was there as men bullets ran out and men defended themselves with knives, clubs, and bayonets. When the battle was over, Susanna met Santa Anna face to face and declined, even knowing that it might cost her life, offer to adopt her daughter – Angelina – and have both of them brought to Mexico and educated.

Santa Anna spared Sussana, and although she was illiterate her oral account of the Alamo was crucial to understanding the battle and the personal tragedies that took place. Susanna’s dramatic account is partly the basis for most of our understanding of the tragedy that was the Alamo and how the media has depicted it.

Susanna died at the age of 68 and was buried in Oakwood. She has constantly appeared to strangers and is one of the most visually arresting ectoplasmic visions of the place.

John Wesly Hardin was an American outlaw, gunfighter and like all of his – during Western expansion – a folk icon. Hardin was nothing a cold-blooded murderer and sociopath that boasted on killing his first man at the age of 15. When he was finally caught and sentenced to hard-time he claimed to have killed over 42 men.

The man who pursued, all throughout the US Wesley and finally managed to apprehend him on a train in Pensacola, Florida, is buried on the hallowed grounds of Oakwood. That man’s name is John Barclay Armstrong. Barclay was a legendary Texas Ranger that was credited with the successful manhunt of Wesley.

“He’s really one of the more colorful figures and haunts of the place. Barclay and, some say even Wesley, are said to walk the Oakwoods at night. People standing outside the gates and looking in have reported the sound of gunshots and gunpowder flashes. The general consensus is that Wesley and Barclay are up to their old tricks and settling scores.”