The Haunting of Austin’s Inn at Pearl Street 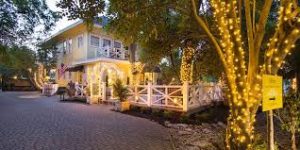 This quaint Austin landmark, a rather cute hotel has slowly transformed into a curated spot for supernatural lovers and ghost hunting aficionados. The posh boutique hotel, with its vintage settings and delicate inlays, is one of Austin’s oldest homes and, quite possibly, one it’s most haunted.

The original building was commissioned by one of Austin’s most prominent members at the tail end of the 19th century, Judge Charles A. Wilcox. It was finally constructed in the year 1896, – and the first official record of it dates to 1914 – and the Judge rapidly moved his family in and started to throw all types of decadent parties and Boombastic affairs. The house, landlocked in a section of Austin that was caught up in a swell of social growth and economic prosperity, became a cultural icon of the era. The rise and success of the neighboring community and the increase ad decrease of Austin’s expansion reflected in the home’s facade. If Austin was at the height of its rollercoaster-like maturity, the home was decked in all manner of lavish and affluent decorations. If, Austin, on the other hand, had a decline of fortune and was mired in monetary stagnation, the home of the Judge reflected this reality.

“The home sort of became the litmus test for Austin. You could pinpoint the highs and lows of the State of Texas just by looking at its patio.”

The waxing nature of Austin finally tilted inexorably towards the red when the Great Depression curtailed the nation’s progress and Capitalism was dealt a blow in the 1920s. The Judge ended up selling/losing his home. He died and the home started down the path of desolation. After a couple of years, the derelict and abandoned structure was eventually bought up by the State and sold off to a housing development firm.

Until the late 1980s, the place was a den for the dregs of society, a place used up by a series of renters, brigands and finally as a housing co-op. By the early 1990s, the bills were starting to stack and the owners had no choice but to sell the property at a fraction of its cost.

“The hotel had been used, even in its decrepit state as a set for a movie, so it had so glam and people wanted to buy it.”

In 1990, the purchase was made and with the transfer of the deed came a new avenue of progress for the grand old fame. The former derelict spot was granted a new lease on life and was fully renovated… now, it would try its hand as a vintage hotel.

Jill Beckford, the hotel’s current owner, brought the Judge’s old home back to its former glory.

The Hauntings At the Pearl Inn.

Since the early days of renovation, even before the hotel even opened its doors, Jill started noticing the tall-tell signs of a ghostly infestation. Brooms started to fall over every time she’d approach them. Lights began switching on and off randomly. Cold spots were a daily occurrence.

“It’s a natural phenomenon for me because I lived on a farm in Iowa and we had spirits there too I think. I really didn’t believe in it, but then you start to think ‘well, how else do you explain these happenings?'”

Considering the age of the building, and its history, people weren’t surprised when rumors started circulating and word of mouth spread on the hotel’s ghostly inhabitants.

Over the years, the hotel and its staff have been assailed by not only their own confrontation with otherworldly presences but by the guest’s stories of what the experienced and saw during their stays.

Guests at the Pearl inn have described multiple apparitions that seem to haunt the area. One of the most iconic, and prevalent is that of a woman dressed in white sitting in a rocker with two babies. The woman in a state of tranquility looking out at nothing simply nursing her kids.

Other paranormal events that seem to plague continually are:

Beckford meanwhile has gotten used to the ghost. See has continuously declined offers from exorcists and the like to have her ectoplasmic mascots removed. She believes that she is dealing with friendly spirits and that they can live peacefully in the same building.

“I feel protected by them. I feel that they are here for a reason and I am really enjoying their company.“