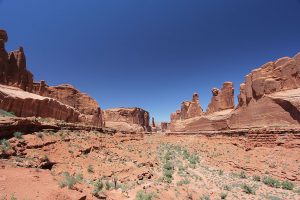 The other day I was watching yet another sci-fi/horror spectacle that once more begged the question: “has Hollywood run out of ideas?” Found footage, sketchy camera work, placeholder actors… BUT, with an amazing payoff: “this movie is going to earn me a buck or two.” Why? Cause it inspired this article, and this little piece is going to rake in the dough – well enough so I won’t have to sleep, once more, in a cardboard box next to the bus station. The movie’s name? Skinwalker Ranch… and apparently all the shenanigans filmed in granny glory were based on “true events.” So, yeah, thank you VOD.

The bare minimum, I always give my ADHD readers that – in case they want to run off to TikTok and watch the pretty lights – on Skinwalker Ranch is as follows:

Skinwalker Ranch, also identified as Sherman Ranch, is a business found on roughly 512 acres (207 hectares) southeast of Ballard, Utah. The ranch is reputed to be the site of a series of paranormal and UFO- activities.

Its sobriquet – I love that word, don’t you? –  is taken from the skin-walker of Navajo legend. A rancorous shaman or witch doctor with an affinity for havoc.

There, that’s the bare necessity information dump on the Skinwalker Ranch debacle. You can skip the rest of the article and go do something else… Or you can read ahead and get a gander at the insanity, bloody and oftentimes terror-inducing, that is this less than quaint circle of hell located in Utah.

The Skinny on Skinwalker Ranch.

For eons, natives have reported bizarre happenings in the place that Skinwalker Ranch occupies. Nonetheless, the ranch became popular in strange Americana folklore when  UFO reports started appearing like dandelions on a summer field during the 1970s in the Uinta Basin. They flooded the local press.

Claims about the Ranch as such, not just the area, first appeared in 1996 in Salt Lake City, Utah Desert News, and next in the alternative weekly Las Vegas Mercury. A string of articles by investigative reporter George Knapp that expanded on the area’s odd occurrences. The stories detailed a family’s claim of experienced puzzling and hair-raising experiences after they bought and moved into the property.

Some have called it THE supernatural hotspot of Bible Belt America… Others have labeled the land as it “cursed.”

Terry Sherman and his wife Gwen were one of the first to speak up about the weird guano happenings in their newly acquired cattle ranch. It was 1996 and the family had finally settled after 18 months of growing pains in their new ranch in Utah… 18 months of being on the photoshoot of a Ghostbuster movie

Terry and Gwen shared their chilling experiences with the local reporter that broke the story.

Some of their experiences were:

Under the name of the National Institute for Discovery Science, the Las Vegas bigshot went all FBI on the property; FBI trying to capture a mob family in-fragrant. Bigelow set up 24/7 surveillance of the ranch. His goal? Get proof of the supernatural on tape.

The surveillance ultimately yielded a book, Hunt for the Skinwalker: Science Confronts the Unexplained at a Remote Ranch in Utah. Not a lick of evidence was captured on film, but every researcher involved in the project claimed to have seen paranormal activity.

The ranch was resold to Adamantium Real Estate, which has since applied to trademark the name “Skinwalker Ranch.”

The Uinta Basin of eastern Utah is one of the most paranormal heavy places in the world. Locals have deemed the region UFO Alley, and sightings of little green men and their UBERs are a dime a dozen. Enthusiast flock the place like moths to a flame, and it is a must pilgrimage for ET lovers

“You can’t throw a rock in Southern Utah without hitting somebody who’s been abducted,” local filmmaker Trent Harris told the Deseret News.

And ground zero? You guessed it Skinwalker Ranch.

Let’s list all the strange things that have happened within Skinwalker Ranch over the years.

Before Conquistadors and eager Manifest Destiny Yanks, indigenous peoples that occupied the Uinta Basin passed down through oral retellings the horrible tales of the beings that occupied the area. Warning their children away from the region.

On the night of March 12, 1997—after the ranch had been sold off—biochemist Colm Kelleher, working with Bigelow’s National Institute for Discovery Science, declared to have seen an immense humanoid being spying on the research team. The creature perched on a tree and spying on his crew.

“The large creature that lay motionless, almost casually, in the tree. The only indication of the beast’s presence was the penetrating yellow light of the unblinking eyes as they stared fixedly back into the light.”

Frightened, Kelleher grabbed a rifle and fired at the creature. The being ran away.

“It was then that I saw it—a single, obvious oval track about six inches in diameter embedded deeply in the patch of snow… It looked unusual: a single large print in the snow with two sharp claws protruding from the rear of the mark going a couple of inches deeper. It almost looked like a bird of prey, maybe a raptor print, but huge and, from the depth of the print, from a very heavy creature.”

Why The Name Skinwalker?

Skinwalker, in Navajo tribal folklore, are, to put it bluntly, the big-bad they constantly feared. They were and are shapeshifting creatures that can manifest as all manner of animals. Imagine a werewolf on steroids, with the cunning insight of Lex Luthor. Unlike other shapeshifters in the world – wereanimals – yee naaldlooshii or skinwalkers retain their intelligence… which in term makes them more deadly. They are savage, evil, and macabre beings that hunger for people’s suffering. They loath love, empathy, and compassion. Skinwalkers marsh the land they walk on and blackened the soul of whoever sees them. They are vile creatures that partly, due to the Navajos traditions and secretive nature, few are aware off; The Navajo people never discuss them and mentioning them is considered a taboo subject.

Skinwalkers are, in tribal folklore, either evil witches/warlocks or eldritch beings from the time before man; beings that were cast-out, like fallen angels, when they sinned against the laws of nature and other benevolent spirits.

The name Skinwalker, used in the ranch’s greeting cards, comes from not only the repeated sightings of human-like creatures, similar to that Navajo boogieman but also from the fact that Ute territory shares a border with the once burgeoning Navajo Nation.

“It was not a friendly relationship. The Navajo were more aggressive people; they took slaves, they had Ute slaves. And there was direct conflict when the Navajo attempted to move up into Ute territory.”

While the Skinwalker didn’t show up in Ute religion, its narrative aspects, not to mention the animosity towards the warring Navajo, made it an ideal name for a land that seems cursed by all manner of ungodly horrors. Skinwalker are the nastiest of the nasty in the Navajo culture and their very presence in a region seems to root that region’s soul and turn it bitter and cold.