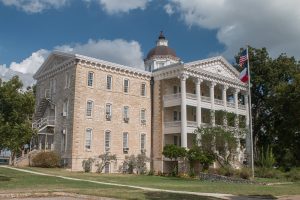 The Austin State Hospital was created when practicing psychiatry was like taking a shot in the dark. When the Texas legislature first authorized the project, it was called the Texas State Lunatic Asylum. On any given day, the hospital houses around 200 people with intellectual disabilities and psychiatric disorders. The hospital provides permanent and temporary housing to the intellectually impaired. Despite its progressive intentions, some of the patients were used for experiments in the 50s, and quite a few of the dissected brains being studied have gone missing. The building has its own cemetery, with thousands of graves for those who died at the hospital. When the cemetery was moved, all of the bodies were supposedly dug up and moved to a new cemetery, but many say that there are plenty of bodies still on site. Due to the hospital still being in operation, rumors of the hospital being host to ghosts and spirits are unconfirmed, but the Austin State Hospital is a breeding ground for night terrors nonetheless.

The Texas Legislature signed the bill to establish the Texas State Lunatic Asylum in 1856, and the facility opened and began admitting patients three years later. The asylum was the first mental institution in Texas and the first west of the Mississippi River. The hospital was established as part of the global asylum movement. The new outlook on psychiatry was based on the idea that the “insane” can be made to be “sane” by offering support, care, and freedom from the stresses of everyday life. The asylums aimed to provide healthy food and lifestyles, positive social interactions, activities to stimulate the mind, and plenty of fresh air. Behavioral therapy, an unrestricted environment, and drugs were used to remedy their mental illnesses. These ideas came at complete contrast to how psychiatric illnesses were previously regarded, when it was thought to be caused by demonic possession. Exorcisms, flogging, and cold water were techniques believed to drive out the demons. The Texas State Lunatic Asylum was meant to exist as a beacon of tolerance and hope for the mentally ill.

Despite the progressive attitude towards psychiatric treatment, African American patients were still housed in the basement, against the wishes of designer Thomas Kirkbride, a leader in the asylum movement. The superintendent of the hospital objected to this as well. Desegregation didn’t occur until the Civil Rights movement in the 1960s.

The Texas Lunatic Asylum grew in size over the years, and by 1890, additional buildings had to be built. The asylum became its own self-supporting village, complete with Japanese style gardens, a dairy farm, a hog farm, an ice cream shop, water wells, and a tailor. The exquisite landscaping and beauty of the facility encouraged local residents to take carriage rides through the asylum grounds, and they often had picnics under the trees or went fishing in the ponds.

In 1918, the influenza outbreak killed and scared off many of the nurses and staff. The hospital was so understaffed that patients had to take their roles.

The asylum was renamed the Austin State Hospital in 1925. The facility strived to keep up with modern technology, bringing state-of-the-art medical care to its patients, like psychiatric drugs and hydrotherapy. The hospital also brought art and music classes, as well as recreational therapy.

While the hospital campus was cherished for its beauty, by the time the name changed, the hospital had begun its descent. The two world wars had caused numerous staff and supply shortages, causing the hospital to take on fewer patients. The Civil Rights movement brought a renewed interest in community care, and fewer patients were being admitted. The hospital was also finally desegregated in the 60s, moving the African American patients from the basement and into the upstairs wards with the white patients. While the hospital saw about 3,000 patients housed at a time in the 1960s, today, the hospital sees less than 300 per day.

Originally, patients were buried on the hospital ground if the bodies weren’t claimed by their families. The hospital staff was also occasionally buried at the cemetery. The room began running out, however, and the hospital was forced to find a new plot of land to bury the dead. A new plot of land with more space was procured only a few miles away, and this became the site of the current Austin State Hospital cemetery. The bodies buried on-site at the hospital were supposed to be dug up and moved to the new site. The job was done haphazardly, and the story goes that there are still dead bodies and human remains buried at the hospital grounds. Families were having picnics on the asylum grounds, completely oblivious to the fact that six feet below them were the remains of patients from the hospital.

One of the first patients to be buried at the cemetery was John Neely Bryan, one of the founders of Dallas, Texas. John Neely Bryan helped establish Dallas’s city when it was just an outpost by promoting deeds of land and selling parcels for $1. Numerous schools, hospitals, and buildings are named after him, and his cabin is one of the city’s main tourist attractions.

Neely Bryan had a problem with alcohol and was quite mentally ill. His family admitted him to the asylum in February of 1877, and he died at the hospital in September of that year. Whether it’s unknown whether his body was buried at the hospital or sent to Dallas for burial, the ASM Cemetery has a gravestone dedicated to Bryan. It’s even possible that part of John Neely Bryan’s corpse is still buried under the Austin State Hospital grounds.

Austin State Hospital is still a functioning psychiatric hospital, so entry to the public is very limited. But numerous patients and staff have stated that the hospital is haunted, though these reports remain unconfirmed. The combination of its history, the haphazardly made cemetery, and its status as a mental institution point to the possibility of ghosts and spirits within the hospital. Nevertheless, some quite terrifying and very real experiments have unfolded in the hospital.

The Austin State Hospital performed lobotomies on its patients in an attempt to “fix” mental illness. Lobotomies were an experimental and controversial procedure where certain connections in the brain would be severed, usually by drilling a small hole into the patient’s head. The hole would usually be drilled into the temple, targeting the frontal lobe. Lobotomies rarely, if ever, worked to cure mental illnesses, and the result was often terrifying. Patients were rendered permanently incapacitated, having essentially suffered brain damage, if they didn’t die. They would lose their ability to speak properly, lose control of their bowels, and remain in a general state of confusion. If they were lucky enough to retain their general state of awareness, they suffered a major change in their personalities. Many remained emotionally blunted and became withdrawn. Quite a few patients committed suicide. Lobotomies peaked in the 1950s, with 20,000 lobotomies performed by 1951.

Electroshock therapy, where jolts of electricity are delivered directly to the brain, was also used to attempt to cure mental illnesses. While many say that the procedure is harmless, other physicians claim that causes brain damage and can increase the chance of a heart attack. The ethics of electroconvulsive therapy are still debated to this day, because of the extreme discomfort and pain it causes. While the Austin State Hospital used electroshock therapy in an attempt to cure mental illnesses, the treatment was also used as a punishment for unruly patients.

Between the 1950s and 1970s, the hospital extracted hundreds of brains belonging to deceased patients for the study. About 200 brains were extracted, and journalists and investigators now say the brains may have been removed under shady circumstances, and possibly illegally. The brains were put on auction by the hospital in 1986, as the hospital no longer wanted them. Prestigious universities like Harvard and Yale offered money for the brains. Still, the administrators at Austin State Hospitals wanted to keep the brains in Texas, so they settled on UT Austin. The collection of 200 brains-in-vats has been sitting in storage since stored in the basement of Professor Tim Schallert’s lab. They were rediscovered in 2011 by a journalist, Adam Vorhees. Vorhees was struck not only by the large collection of the brains but also by the brains’ unusual nature. The collection was made of brains that had highly unusual shapes and sizes. Some were small, others were large, some were twisted, and others had only one lobe. The brains belonged to patients with diseases; some had down syndrome, others had schizophrenia. One brain, in particular, had no folds. The most unusual thing? 100 brains, about half of the collection, had gone missing. Vorhees went on a long crusade to uncover the missing brains, which still haven’t been found. Though, he did find out that one of the brains belonged to Charles Whitman, the UT shooter who shot 16 people in 1966. Professor Schallert also revealed a sort of “black market” for unusual organs; he had traded a syphilitic lung for some of the brains, meaning they may have been stolen, sold, or even destroyed.

Austin may be known for its live music, but many of Austin’s most interesting attractions are definitely no longer living. Spend a night at the most haunted hotel in Texas, the Driskill Hotel. Or get you to learn on at St. Edwards University, where ghosts pop in and out of busy lectures. Don’t forget to check out the Littlefield House, a Victorian mansion that looks suspiciously like a vampire den. You can also read about the top ten most haunted locations in Austin right here!